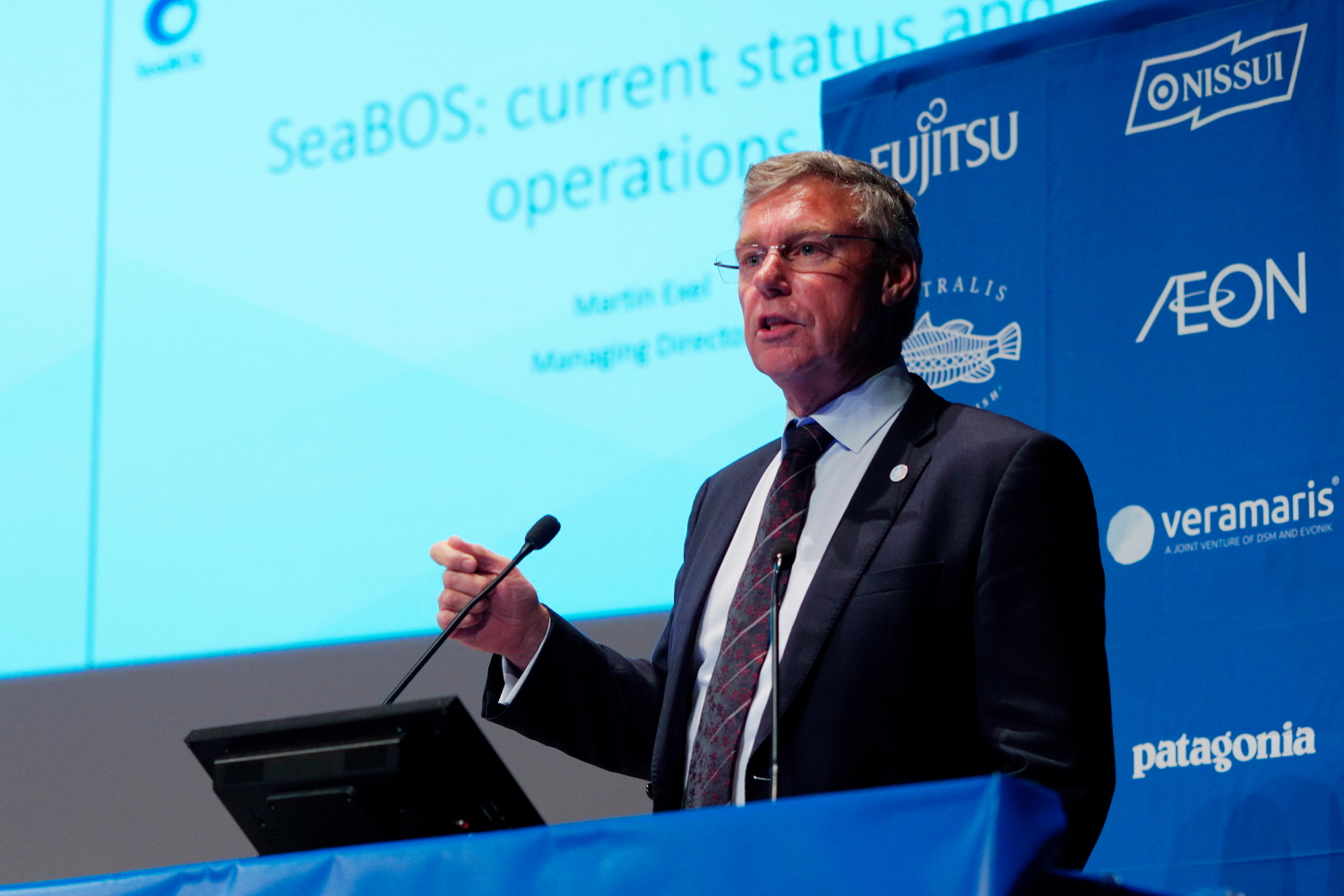 SeaBOS initiative is one of the most representative and bold frameworks that has emerged is the global sustainable seafood movement, consisting of the world’s top seafood companies in response to the call of scientists.
The key industry members of the SeaBOS initiative, Mr. Hiroyuki Sato of Maruha Nichiro and Mr. Toshiya Yabuki of Nippon Suisan represented the Japanese seafood industry, and Mr. Martin Exel and Mr. Henrik Osterblom led the conversation.

From Idea to Execution: Tackling a Wide Range of Issues Through a Task Force

The idea of SeaBOS, which can be traced back to a scientific paper that was initiated in 2012, has evolved into a rare initiative where science and industry work hand in hand through years of research and dialogue. The ten companies participate in SeaBOS operate in 95 countries around the world, have sales of over $30 billion, and have 100,000 workers in direct employment alone. They have more than 600 total subsidiaries and handle more than 400 species of fish. The SeaBOS initiative named those influential players in the industry as keystone actors, originated from the scientific term “keystone species.” 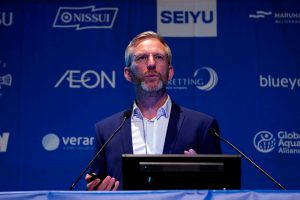 The keystone actors in the seafood industry gathered on the SeaBOS platform and launched five missions: addressing IUU and forced labor, improving traceability and transparency, working with governments to improve regulations, addressing the issue of plastics, and becoming a source for inspiration for the industry. Recently, action against climate change was added to the mission. 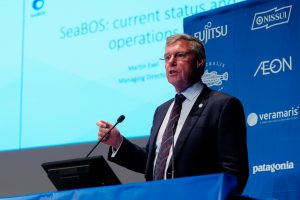 Mr. Excel, who previously served as a General Manager of Environment and Policy at Austral Fisheries, shared his experience in his home country, Australia. In 2005, 30% of all marine resources were overfished in Australia. Since then, science, policy, and industry came together to recover the state of ocean health, and the significant improvement was made in the past 15 years. Mr. Exel continued, “We predict to see the similar changes in the Japanese seafood industry, but a lot faster.” 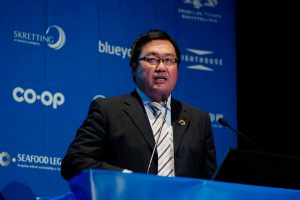 Mr. Sato of Maruha Nichiro first described the “three values,” economic value, social value, and environmental value, which was announced last year in their medium to long-term sustainability management plan. He also pointed out the priority issues within them. One of the specific initiatives introduced by Mr. Sato was the management of fishing gear, such as fishing nets, ropes, and buoys, and the cleaning of the shores. Another is the improvement of supply chain traceability using blockchain technology, as well as carbon offset efforts such as planting trees.

To position these initiatives in an objective manner, the company discloses information by following international standards, such as the integrated reports based on the guidelines of the International Integrated Reporting Council (IIRC) and sustainability reports following the guidelines of the international NGO, GRI. Mr. Sato stated that the group is aiming to contribute to the SDGs while coordinating with the efforts of SeaBOS. 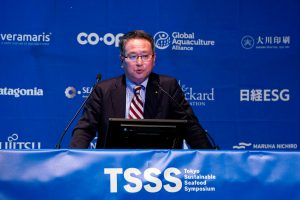 Mr. Yabuki of Nippon Suisan (Nissui) introduced the company’s efforts to improve transparency, which includes reporting in accordance with the Global Reporting Initiative (GRI) standards, expanding the English website, and establishing a committee for the marine environment and plastic. He also explained their initiative on expanding certified products such as MSC and ASC.

In addition, as a continuous effort from last year, the company shared the work-plan of their product assessment. The first assessment conducted in 2016 found that 88% of the products were traceable and had no problems. On the other hand, the remaining 12% were either untraceable or had sustainability issues. Nissui and its group companies will continue the assessment of their 2019 products with an emphasis on the 12%. The results will be announced in 2021.

With regard to the significance of companies participating in SeaBOS, Mr. Yabuki concluded that “Compared to the efforts within Japan, the world standard is still one step ahead. By gaining experience in the global collaboration platform, we can achieve higher goals.” 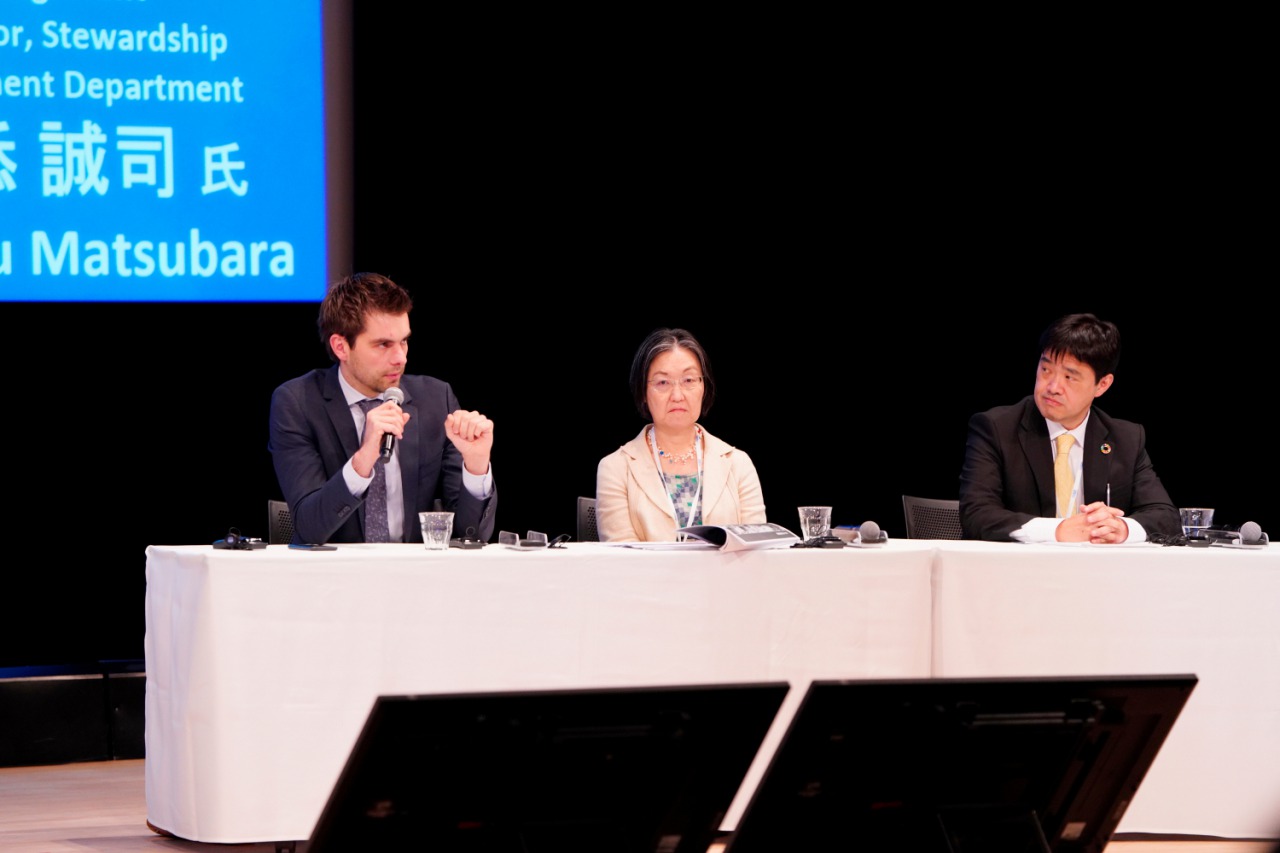 P-10 Measuring the Progress Towards SDGs 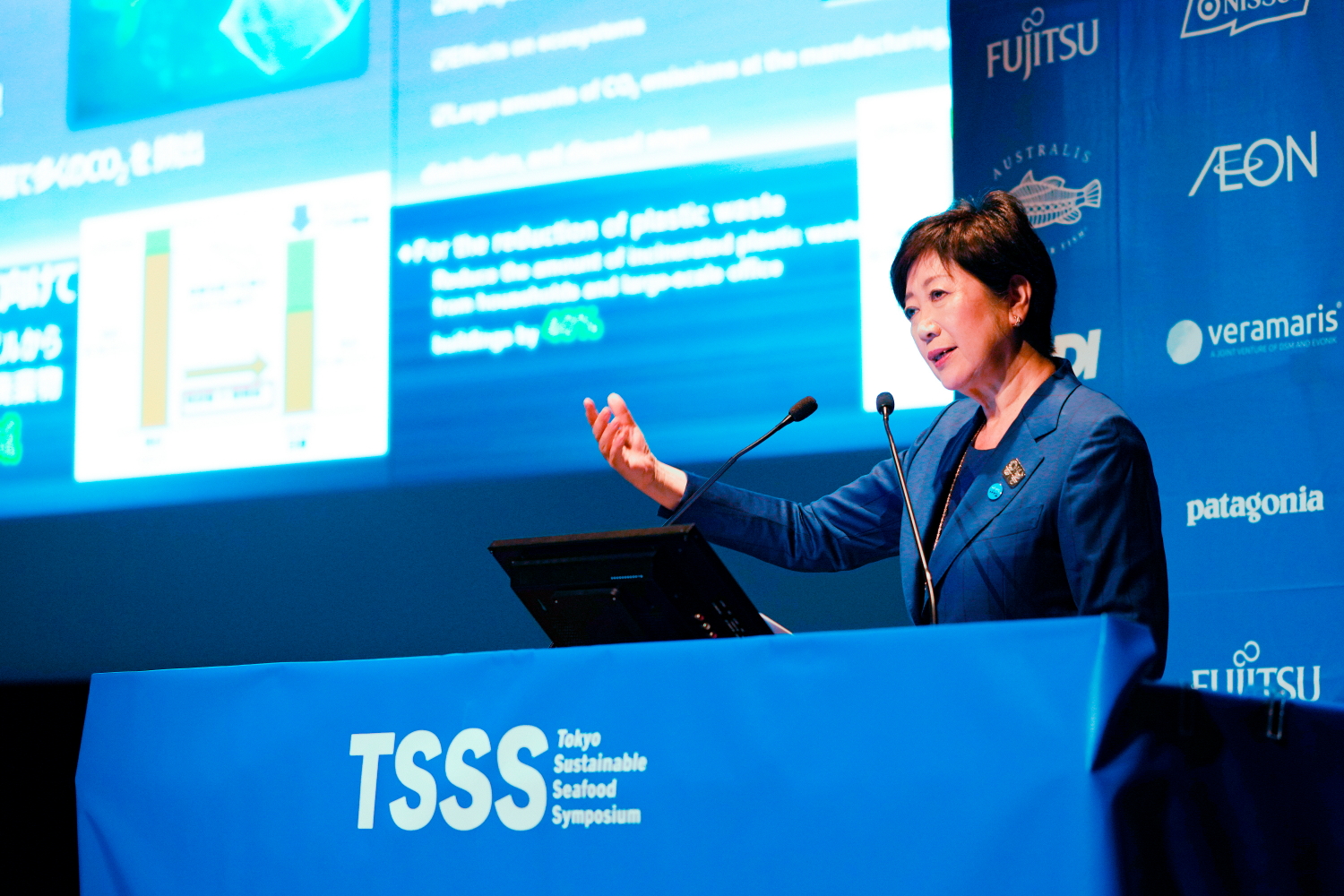 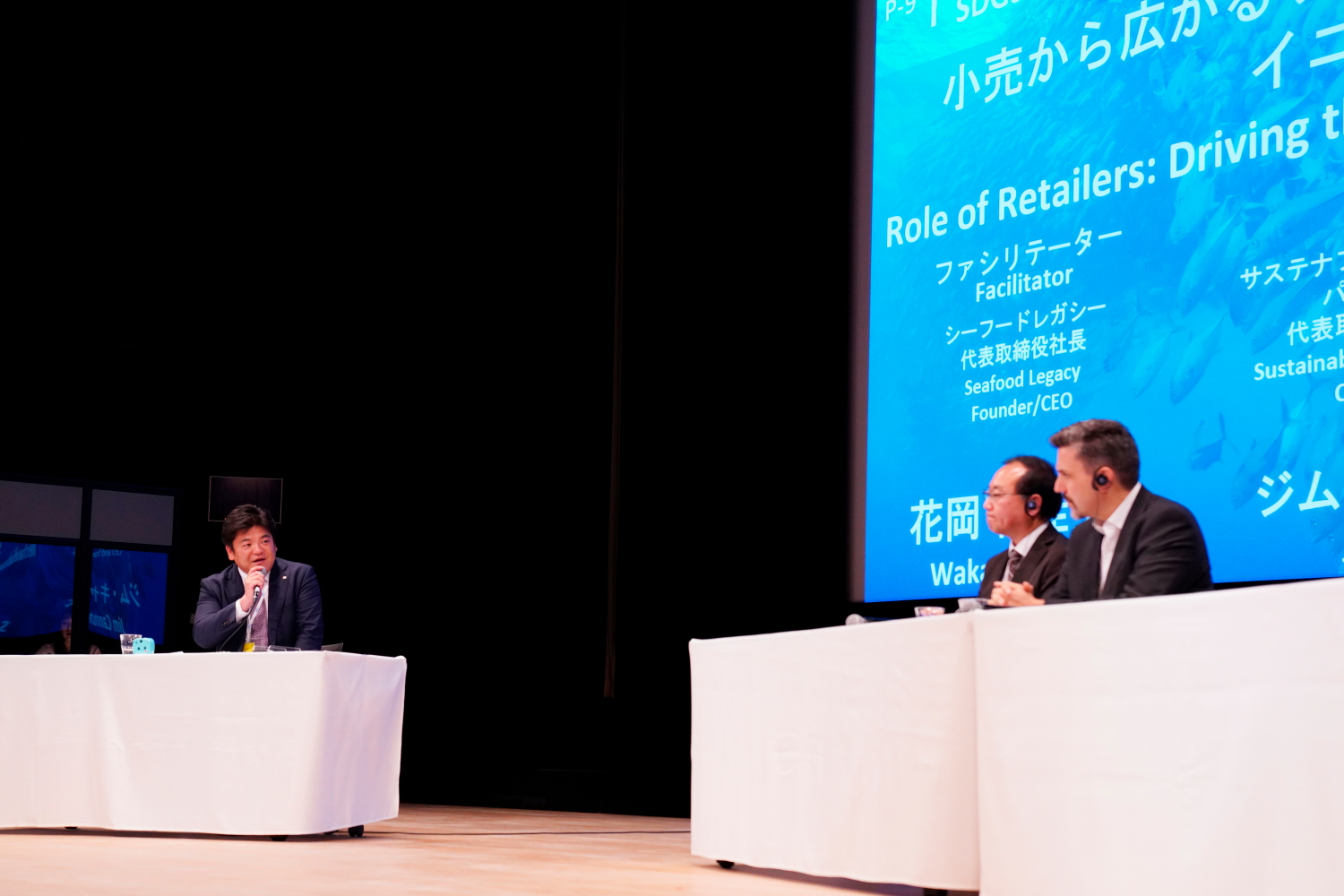